Charity dinner and auction in memory of Arwyn Williams raises £8,275 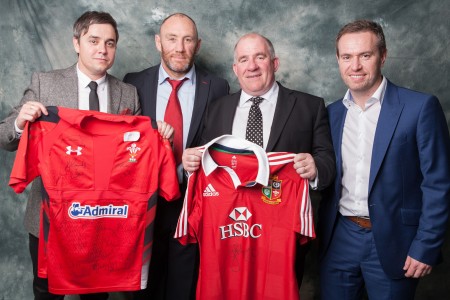 Friends and family gathered at the Bangor Rugby club in Wales for a charity dinner event to commemorate the life of Arwyn Williams.  The dad of two died nearly 11 years ago due to epilepsy.

Arwyn’s brother Irfon Williams came up with the idea for the charity dinner with auction, he organised the event with the help of family and friends. Irfon said: “I had heard of SUDEP Action from a colleague at work. I looked at the website and decided we would support the charity in Arwyn's memory.  Arwyn had two lovely children, Luke who is now 18 years of age and Holly 13. Luke was 7 when he lost his dad and Holly was only 2, they have both grown up into lovely young people.”

“My family and I set about arranging the event, my mother Eirlys and step-father Clive worked hard along with friends to collect raffle and auction prizes while I arranged sponsors, the speakers etc.  Bangor rugby club agreed for the event to be held there as I am a member there and Arwyn played rugby there as a child.”

Irfon added: “An old school friend of ours, Robin McBryde, agreed to be the guest speaker on the night. Robin is currently the Wales National Rugby Team Forwards Coach and has previously represented Wales and the British and Irish Lions at Rugby.”

“We also had the privilege of Rupert Moon's presence as the MC for the evening. Rupert is an ex Wales International and played alongside Robin for the Llanelli Scarlets and Wales. Robin had arranged for the Wales team to sign a shirt as well as individuals to sign Lions shirts for the auction.”

Irfon described the amazing night saying: “Robin and Rupert proved to be a great double act. Rupert brought lots of fun to the evening and Robin took the 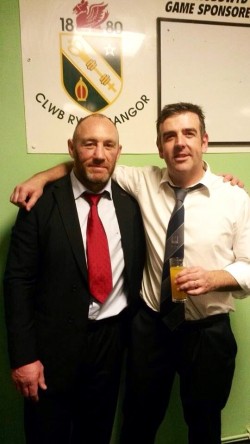 banter well but also spoke honestly and passionately about his career as a rugby player and coach.”

He added: “We had 130 guests. The catering was sponsored by Newcare and the ingredients provided for free by Booker Wholesalers. Other sponsors were guests on the evening with Patrick of Patricks bar joining in the fun and Simon of Morgan Evans and co running the 'heads and tails' game and the auction."

"The raffle and 'heads and tails' got everyone in the mood for the auction which raised a lot of money. The Wales shirt sold for £500 but the Lions shirt signed by George North went for an incredible £650! All in all the auction raised £4000 on the night and with ticket sales, raffle, heads and tails and sponsorship we managed a grand total of £8,275.”