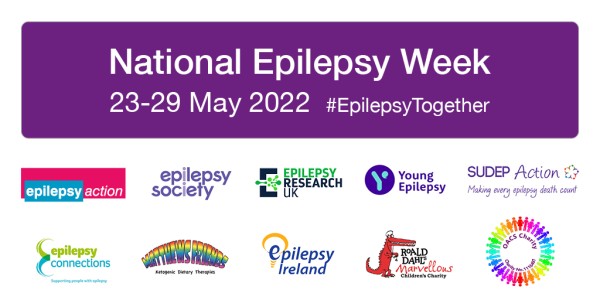 It’s National Epilepsy Week from May 23–29, and the leading epilepsy charities will be joining forces to raise awareness of the condition. SUDEP Action will be sharing information on behalf of those affected by epilepsy, including what epilepsy is and what can be done to reduce risks and better manage the condition. The theme of this year’s campaign is #EpilepsyTogether

Over half-a-million people in the UK have epilepsy but the effects of the condition go much wider. Around every person living with epilepsy there is a support network of friends, family, teachers, work colleagues and healthcare teams who make a difference on a daily basis.

For SUDEP Action, National Epilepsy Week is an opportunity to help people with epilepsy find out more about living safely and knowledgeably. Learning more about the risks, gaining a greater understanding of what SUDEP is, and using tools such as our Checklist  and EpSMon app are all positive steps towards taking control and living well.

By tackling #EpilepsyTogether we can, and will, save lives.

Who are the people that have made a difference on your epilepsy journey?

Let us know via our social media platforms below and join in the National Epilepsy Week conversations, to share experiences and show others what living with epilepsy is really like.

Find us on social media at: