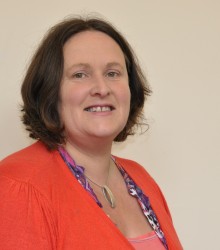 Epilepsy Memorial Day is a day when I will share my reflection of Alan, his life and how he changed mine.

“Epilepsy memorial Day to me is about sharing thoughts, memories and tributes about Alan which is what connects me personally to other bereaved families and to the charity. When we launched Epilepsy Bereaved in 1996 to fight injustice, we began with a memorial service. Twenty years on what connects me personally to SUDEP Action and other bereaved families is not just our common purpose; the struggle we have been on; the barriers we have overcome, and what we need to do next. It is that all I do is in memory and in tribute to Alan. My blog today is a personal reflection about Alan”

Twenty years on, SUDEP Action is launching Epilepsy Memorial Day. 10 th May is chosen to coincide with our memorial service in the lead up to National Epilepsy Week to invite a sharing of individual remembrance; reflections and tributes whatever these may be.

For me working with other bereaved families to found Epilepsy Bereaved and taking SUDEP Action forward over 20 years has been intertwined at all times in memory of Alan.  To live in a world that did not understand anything and was not doing anything about people dying from epilepsy was a world that did not care about Alan. It was and is unjust.

The feelings that come with injustice can drive us forward when otherwise we would sink, but I find thinking about Alan helps me.  How he lived and how he died changed the direction of my life for ever, but I am glad that that terrible day in December when Alan died is not a day that I focus on. When I spend time with Alan’s family there is an ease today in the way we talk about Alan. That is not to say that I am not shocked at times when pain and anger are reawakened, but I am no longer overwhelmed by what feels like a sea of pain and injustice. Alan is not buried near me so I have always tried to think of him and who he was inside my heart.

When at work today I will think about all the tools that we are able to make available this National Epilepsy Week because of the struggles of the bereaved families over the last twenty years. I will imagine Alan smiling that SUDEP Action is part of the team that has been announced the Neurology Team of the year by the powers that be (British Medical Journal Awards) for keeping patients safe.  I and all of you have already and continue to change the world. For me personally this is a tribute to Alan and to the values that he held dear.  I will be proud of the achievements and the knowledge that we are better placed than ever before to make a difference as we head into National Epilepsy Week and invite you to campaign to GPs.

But when I leave work today I will go home and get my old photo albums out and will sit and talk with my family about Alan. My daughter Kyra has picked up quite a bit about SUDEP Action by herself and she knows Alan’s family well. I will take the time to share a tale or two about Alan on the 10th.