The Chief Coroner has sent a communication to all coroners in the UK and Ireland, focusing on the importance of investigations into epilepsy-related deaths and the recognition of SUDEP. 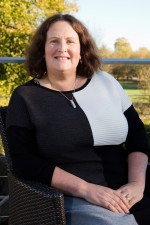 SUDEP Action supported  over 70 families last year who had unanswered questions relating to inquests. Jane Hanna, SUDEP Action CEO, said: “Too often we stand alongside bereaved families who know that seizures and epilepsy played a part in the lead-up to a sudden death, but agreed guidelines – including considering any history of epilepsy – are not used. This causes pain and heartache to families that could be avoided.”

The focus item on SUDEP went out to all coroners in February, reminding them of the importance of fully exploring the potential impacts of epilepsy in their death investigations. The article sent to coroners said: “SUDEP is the categorisation used when someone with epilepsy dies and there is no anatomical or toxicological cause found at post-mortem.”

SUDEP Action provided the following information to highlight why they consider coroners need to be aware of SUDEP:

The Royal College of Pathologists Guidelines on deaths in epilepsy recommend the collation of the medical history, detailed information on the circumstances of the death, history provided by the family and a tailored post-mortem examination.

The focus article sent to all coroners stated: “To ensure SUDEP is properly considered, it is important that everyone appreciates the challenges in identifying SUDEP and knows when to investigate the potential impacts of epilepsy on a death. I hope that this focus on SUDEP is helpful in raising awareness.”

Julia Stirling, SUDEP Action Case Worker, added: “This support from the Chief Coroner is to be welcomed and we hope to work with more coroners who recognise and more readily consider SUDEP as part of their investigations. Sudden deaths happen and epilepsy is often overlooked. The causes of death must be properly investigated and learnings from deaths fully embraced.”